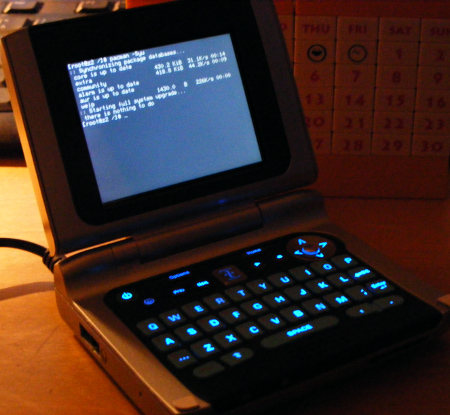 Linux 3.2.1 for Arch Linux on the Pandora

2012-01-16 13:54
notaz has updated the Pandora Linux kernel git repository. There is now a Linux 3.2 branch available, which I have used to create a new ArchLinux Pandora kernel package. Unfortunately the keyboard issue still has not been resolved in this kernel tree, which is why I again had to manually revert the changes that introduced the keyboard glitches. I don't know why this is still not fixed, but in the new kernel package the keyboard works just fine, of course.

I highly recommend to update to this new kernel, as it comes with several Pandora specific improvements, compared to the previous 2.6.37 kernel: To update to the new kernel, run the following command as root: Pacman will ask for a confirmation that you want to replace the kernel26-pandora package with the new linux-pandora package, which you should reply to positively by pressing 'Y'.

At this point you should restart your system. You can do that by executing 'reboot' as root.

Afterwards you might want to upgrade the rest of your Arch system: It is always a good idea to update the installed packages with pacman every now and then.

For those who might want to compile their own Pandora kernel, you can use my kernel configuration, if you like. 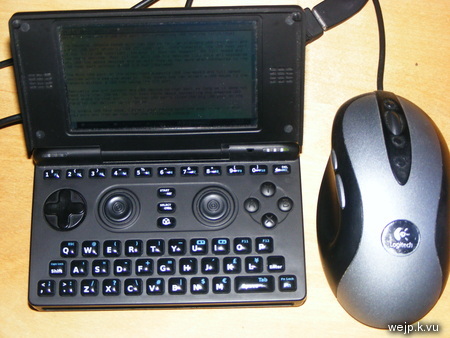 The Mini-USB port on the other hand supports USB low speed and full speed devices with a passive adaptor (Mini-USB-A plug to Standard USB-A socket). That means one can attach a USB mouse to the Pandora without a USB hub using the OTG port.
Read the rest of this entry »

2011-06-08 13:18
Here is a new Gmu release with some new (long awaited) features. The two most notable features are internet streaming audio support and the graphical spectrum analyzer. Just like with the 0.7.0 series I start the 0.8.0 series with a beta release, mostly because there were many changes to the code base.

Changes since the last release include: Probably less interesing for the ordinary user:
Read the rest of this entry »